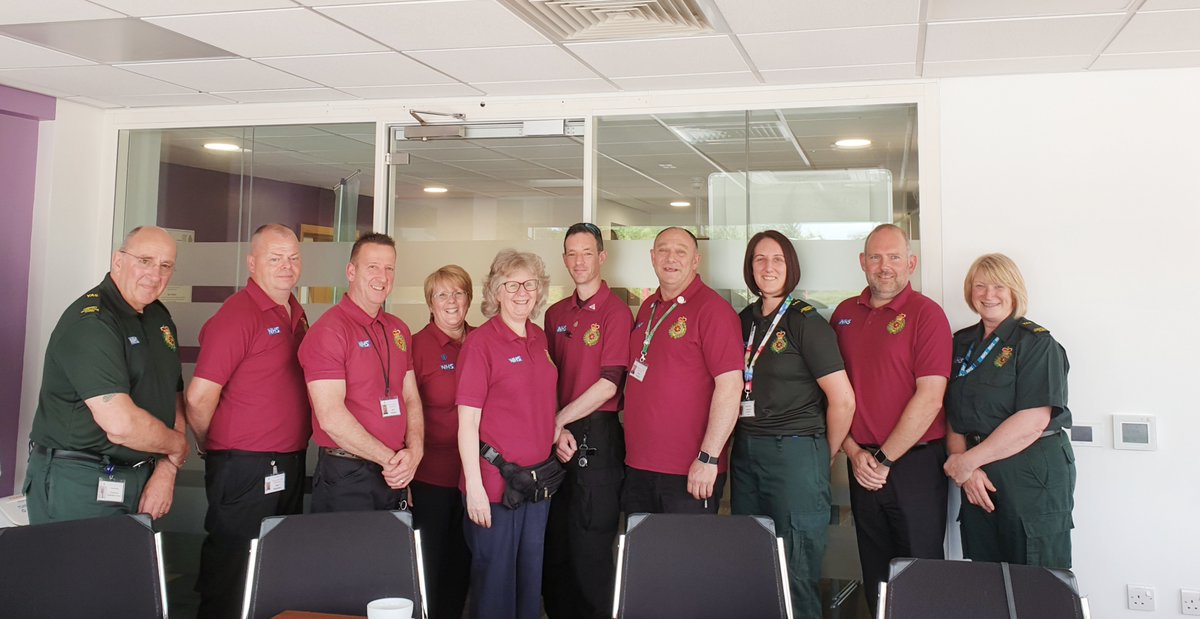 The first scheme began in Maltby, near Rotherham, in late 1999 and there are now 945 CFRs who belong to 271 groups across the county.

The milestone was celebrated in York on Saturday 1 June when Yorkshire Ambulance Service hosted an afternoon tea for CFRs who have served for more than 10 years. The event tied in with Volunteers’ Week which aims to recognise the outstanding contribution volunteers make to society.

CFRs are volunteers who are trained to attend medical emergencies in their local community and provide vital care, comfort and reassurance in the moments before an ambulance arrives.

Yorkshire Ambulance Service Chief Executive Rod Barnes said: “Community First Responders selflessly give up their time to help others and there is no doubt that their early intervention is an essential part in the chain of survival. We are incredibly proud of our Community First Responder schemes which have gone from strength to strength over the last 20 years; they are an integral part of the care we provide to patients.”

Not only has the number of volunteers increased rapidly over the years, there have also been advances in their skills.

Neil Marsay, Community Defibrillation Officer with Yorkshire Ambulance Service, said: “In the beginning, CFRs were equipped with an Automated External Defibrillator and a pocket mask. The role has developed considerably and they now also carry oxygen, a pulse oximeter and an oral airway.

“We are in the process of rolling out thermometers and automated blood pressure equipment which will enhance the observations they can carry out and enable them to identify extremely poorly patients, such as those with sepsis. They always have the support of a nurse or paramedic in our Clinical Hub and, of course, their ambulance colleagues who are dispatched to the incident at the same time.”

Some of our longest-serving CFRs are:

Liz Knight, a checkout assistant, who has been a CFR with the Beighton/Sothall scheme in Sheffield for 12 years. “Each time I see the faces of the people I've helped or their families, it makes it all so worthwhile,” said Liz.

Jez Fisher, an assistant transport manager and large goods vehicle driver, has been a CFR in Greetland, near Halifax, since 2004. “There have been so many memorable moments, from my first cardiac arrest success to gaining many clinical friends, but the best thing is being able to help in my community when people need it the most, said Jez.

Janet Flint, a retired civil servant, has been with the Appleton Roebuck scheme, near Selby, since it started in 2003. “I’ll never forget our first call-out; the whole adrenaline rush and the gratitude of the patient’s family made me realise what a worthwhile thing I was doing,” said Janet, who has was awarded an MBE in the New Year Honours List in 2012 for services to her community.

Rosie and Andy Bullard - a husband and wife team - have been involved with the Hornsea scheme in East Yorkshire since 2005. Rosie, director with a health and social care company, said: “My most memorable moment was being accosted by a man in Tesco who told me I had saved his life, in a very loud voice!” Chartered accountant Andy said: “Kneeling in the street saving the life of a patient with a stationary populated double decker bus alongside was definitely my most memorable CFR moment.”

Peter Chappell, a chartered quantity surveyor, joined the Tickhill scheme, near Doncaster, in 2003. “Many years ago I attended a patient who, it transpired had a cerebral aneurysm, and as a result of my actions, the patient survived.  They tracked me down and, through a friend, gave me a thank you card for what I had done,” said Peter.

Janice Whitehead became a CFR in 2008 and is involved with schemes in Pudsey, Armley and Kirkstall in Leeds. “I was called to a patient who was having trouble breathing. She was terminally ill and I’ll always remember her holding my hand and thanking me because she didn’t want to die alone. She didn’t want to go to hospital so me and the ambulance crew stayed with her while the paramedic found her a place in a hospice,” said Janice, a health education practitioner.

For more information about CFRs or to apply to join the team, please email yas.responders@nhs.net or visit www.communityresponders.yas.nhs.uk/