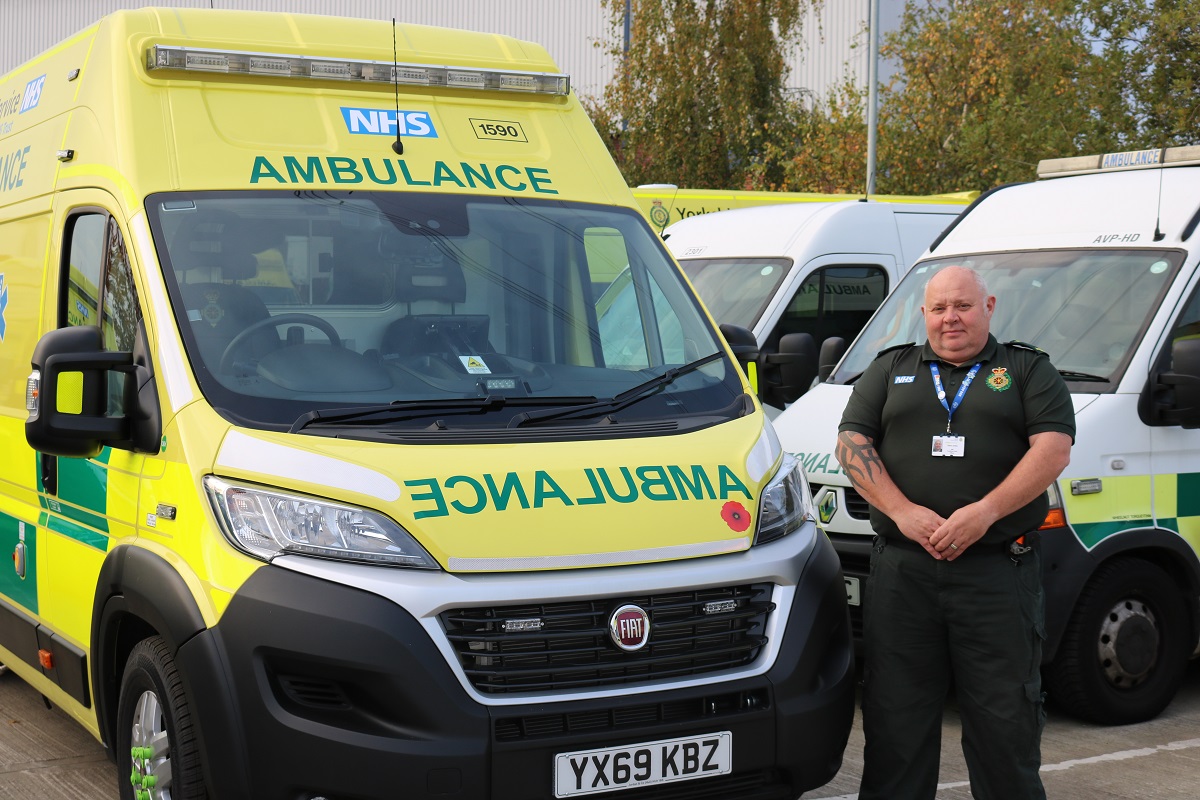 The region’s ambulance service is placing small poppy stickers on the bonnets of its vehicles for the month of November to commemorate this year’s Remembrance Day.

The initiative includes emergency ambulances, non-emergency Patient Transport Service ambulances and support vehicles, and a specially decorated Remembrance Day vehicle with ‘Lest We Forget’ graphics and poppy stickers. This vehicle will attend the Remembrance Day service in Wakefield on Sunday 10 November to support the contribution of British, Commonwealth military and civilian servicemen and women in the two World Wars and later conflicts.

Steve Page, Deputy Chief Executive, said: “Our staff have always been keen to show their support for the Royal British Legion and all the service personnel who have lost their lives or been injured as a result of conflict. We are proud to have extended this support to placing poppies on Trust vehicles this year which will be seen by many people across Yorkshire in the next few weeks.”

The poppies will be visible until the end of the month and the Trust is encouraging people who spot them to share their pictures on social media using @YorksAmbulance on Twitter.

Across Yorkshire, representatives from Yorkshire Ambulance Service will be attending ceremonies and parades at over 60 locations across the region and laying wreaths of remembrance poppies on war memorials to honour those who lost their lives in war.