Patient thanks the ambulance crew who saved his life 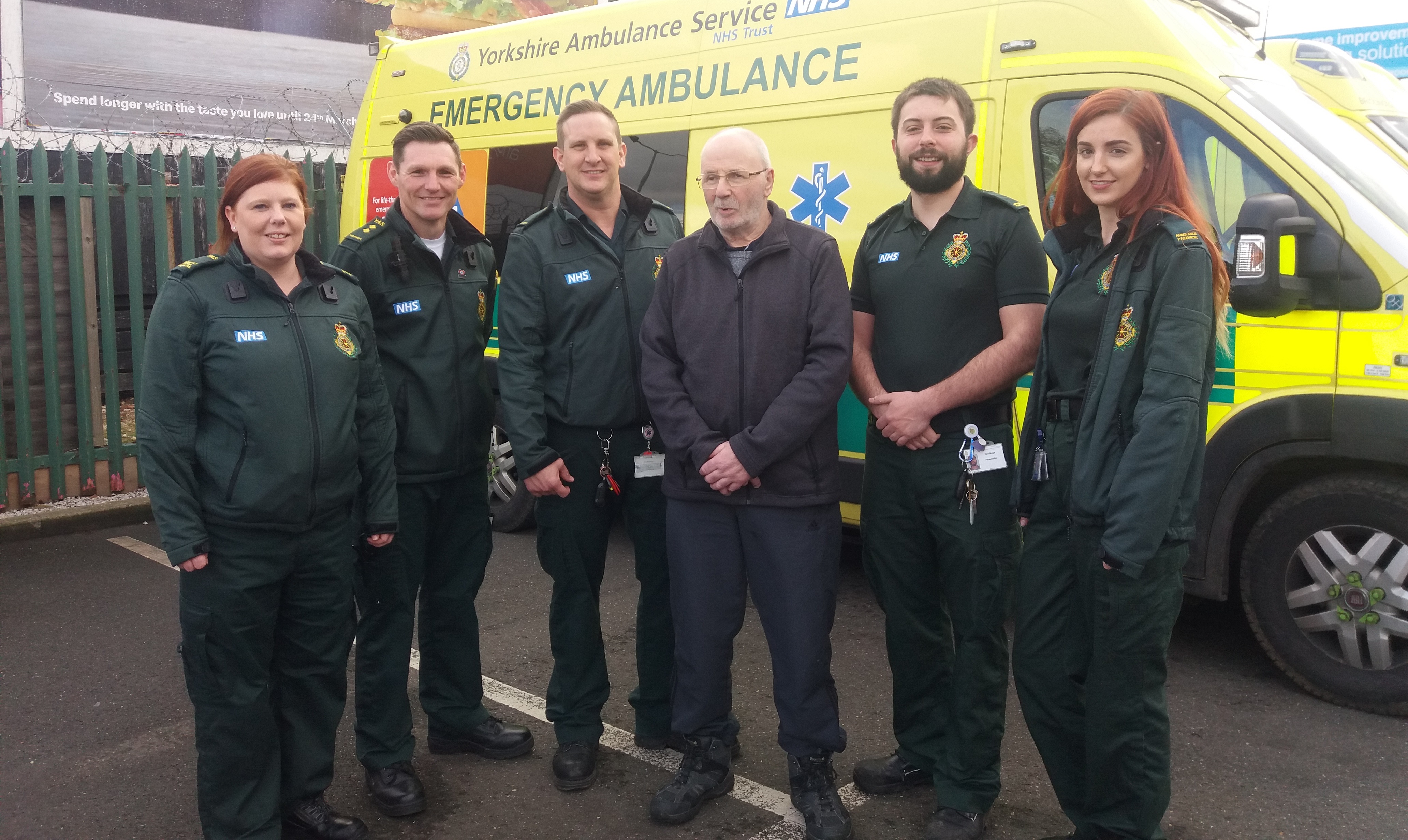 “I’ll be eternally grateful,” said a Hull grandad when he was reunited with the Yorkshire Ambulance Service team who saved his life.

In January, Rob Thomas was walking to his home in West Hull when he felt unwell. The next thing he remembers is waking up in hospital after suffering a cardiac arrest.

Fortunately when he collapsed, a midwife was passing and started administering CPR. Off-duty Sutton Fields paramedic Ben Mays also happened to be driving past and stopped to help with the life-saving attempt.

Ben said: “I was at the traffic lights and saw someone performing CPR so I pulled over and went to help. Rob had no pulse and wasn’t breathing so we continued CPR until my colleagues arrived.”

Seventy-four-year-old Rob said it was a blessing in disguise he collapsed where he did, as if it had happened at home, his wife, who has MS, would have been unable to help him.

“I just can’t tell you enough how fantastic these people are,” said Rob, who visited Hull West Ambulance Station to be reunited with some of his life-savers on 10 March. “I’ll be eternally grateful to everyone, from the off-duty midwife and paramedic who stopped initially, to the ambulance crews and the staff at Castle Hill Hospital, everyone has been marvellous, I can’t speak highly enough of them.”

Steve Dawber said: “The fact that the off-duty midwife and Ben were there so quickly to start CPR gave Rob the best possible chance of survival, but you don’t have to be a healthcare professional to help, CPR is something that anyone can learn. If someone collapses in cardiac arrest, they have a one in ten chance of surviving. If they get immediate CPR and defibrillation, their chances can triple.”

Rob was discharged after undergoing a triple heart bypass at Castle Hill Hospital in Cottingham. He is now convalescing with his daughter and son-in-law and is recovering well.

Yorkshire Ambulance Service provides free CPR training to around 45,000 students at secondary schools on Restart a Heart Day every year. Secondary schools have until 3 April to sign up to be part the event on Friday 16 October 2020. To register your school, visit https://restartaheart.yas.nhs.uk