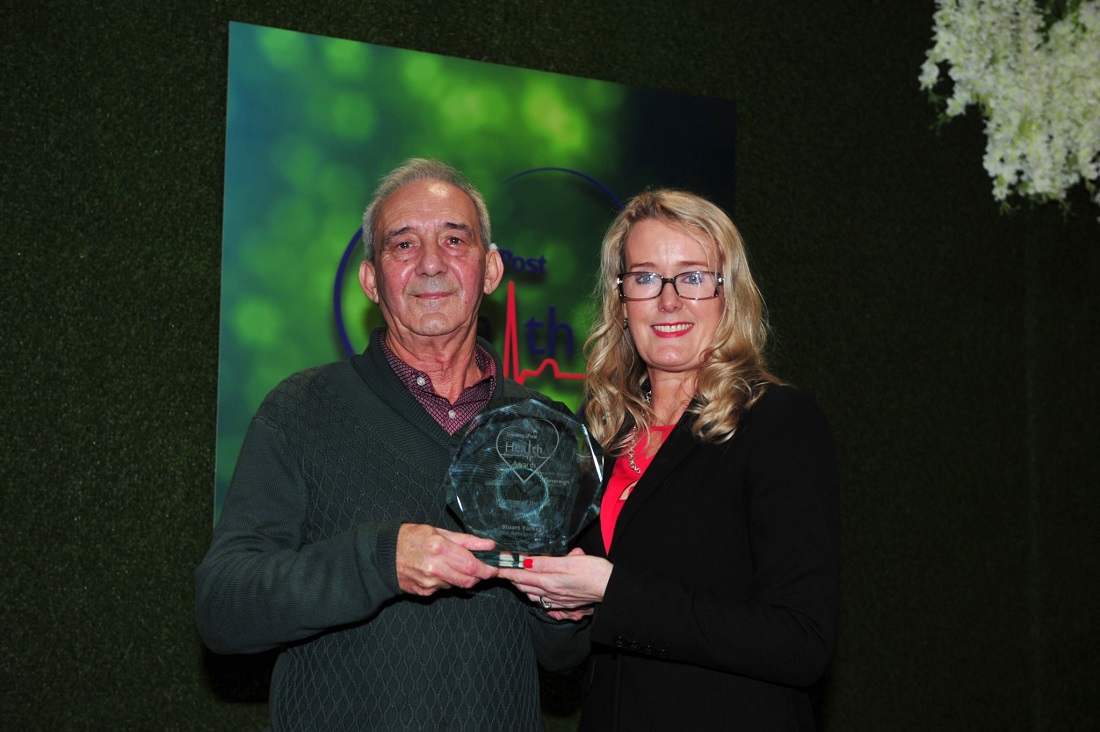 Stuart is pictured with Sharon Milner, CEO of the Children’s Heart Fund Charity, who presented Stuart with his award on the evening (photo by Yorkshire Evening Post).

Stuart Yarker from Leeds was nominated for his volunteering over the past two years in helping eligible patients to get to their hospital/clinic outpatient appointments.

His nomination outlined the commitment he has to the role, with Stuart selflessly giving over 530 hours of his personal time and using his own vehicle to transport more than 540 patients to their appointments. He has made nearly 600 separate journeys and travelled more than 11,250 miles during the last 12 months.

In addition, on two separate occasions, Stuart has used his skills to save lives, first by delivering cardiopulmonary resuscitation (CPR) to a fellow holiday-maker in Flamborough and then, some months later and a little closer to home, he noticed that his father-in-law was hypoxic and in cardiac arrest. Again, Stuart performed CPR until an emergency ambulance arrived on scene. His father-in-law was transported to hospital and was later discharged to recover at home.

On Friday 6 December 2019, Stuart was invited to a celebratory afternoon tea at Leeds United Football Club followed by the Yorkshire Evening Post Health Awards ceremony hosted by BBC Look North’s, Harry Gration. Stuart was announced the winner of the Volunteer of the Year category and the day was topped off with a tour around Leeds United Football Stadium at Elland Road.

Stuart was delighted with his award and said: “I’d like to think I won this award not just for me but for all the volunteering team, for all the PTS staff and for everyone else at Yorkshire Ambulance Service.”

VCS drivers are a dedicated network of individuals who use their own vehicles to help thousands of patients reach their medical appointments each week and play an invaluable part in the non-emergency care provided at Yorkshire Ambulance Service.

Volunteers do not need any previous experience and do not have to commit to an allocated amount of time. If you or someone you know have a caring attitude, like to meet new people, are willing to be involved once a month or several times a week and want to boost your skills and your CV at the same time, then send your name and email address to yas.VCSrecruitment@nhs.net