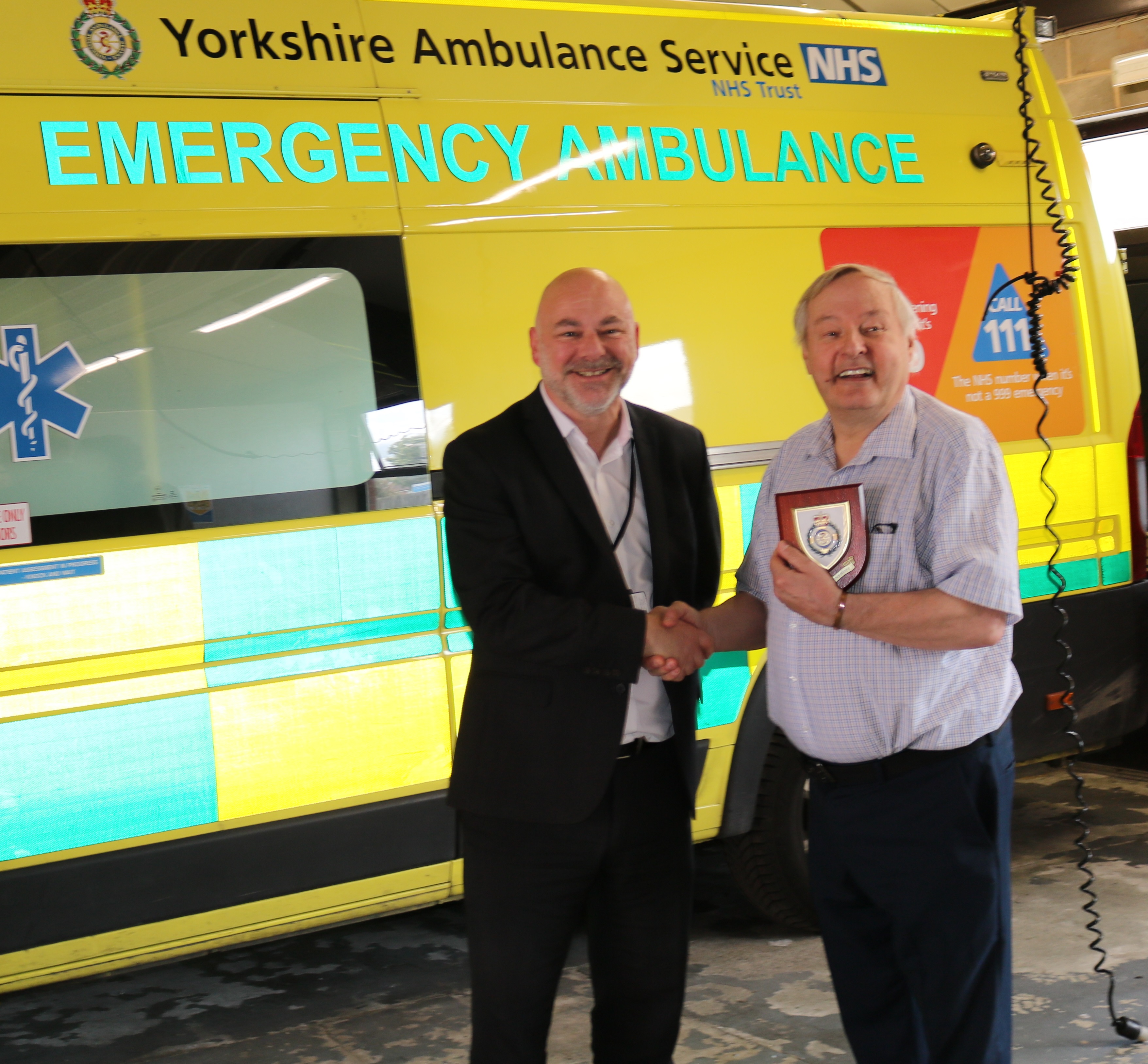 Having started his career with the ambulance service on 6 July 1972 as a cadet at Beverley, Stan then worked in Brough, Hessle and Howden before moving to Goole over 25 years ago.  He served as Leading Hand and Station Officer and has dedicated over half of his clinical career to the people of Goole and surrounding areas, saving countless lives.

Although he has attended several significant incidents over the years, two have stayed in his mind.  He was first on scene at the Flixborough Disaster in 1974, an explosion at a chemical plant sited on the banks of the River Trent in Lincolnshire, and attended the Great Heck Train Disaster in 2001.

In 1978 Stan became the youngest person to attain the Fellowship of the Ambulance Institute and, a short time later, became one of the country’s youngest paramedics.

Stan has been a dedicated, loyal and diligent member of the ambulance service, admired and well-liked by colleagues and patients. He is known to be a real gentleman who is kind, thoughtful and inspirational, who always has patients’ best interests at heart.

Stan did retire previously for just one month, but returned because he “missed it so much”.  He finally retires on 6 July 2022, exactly 50 years to the day he started.

Stan said: “The ambulance service has been a huge part of my life. I’ve seen many changes since the 1970s and the role of paramedics has changed significantly, but it’s a job like no other and I would do it all again without hesitation."

Nick Smith, Executive Director of Operations at Yorkshire Ambulance Service NHS Trust, said: “On behalf of the Trust, we would like to pass on our sincere thanks to Stan. We are immensely proud of his dedication to the ambulance service and the care he has provided to thousands of patients over the last 50 years. After a remarkably long career, Stan deserves to put his feet up and we wish him a very happy and healthy retirement.”