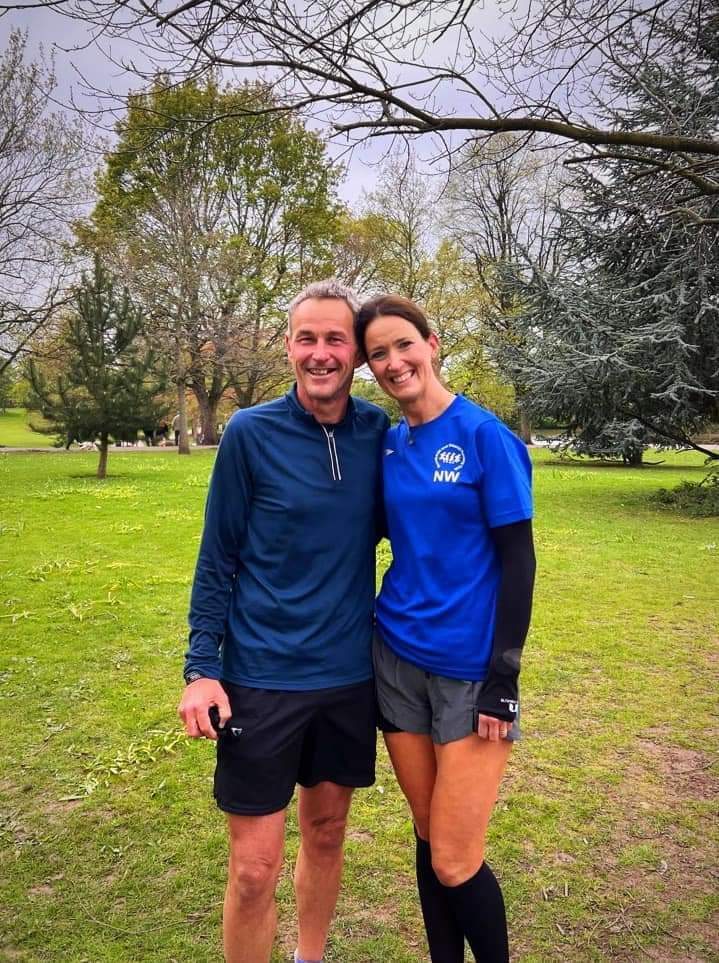 An off-duty nurse stepped in to save the life of maths teacher Stewart McGough who had a cardiac arrest after completing a Doncaster parkrun.

Fifty-seven-year-old Stewart didn’t feel great after the 5km run and ‘keeled over’ while speaking to a friend just before he was due to head home.

Former intensive care nurse at Doncaster Royal Infirmary, Nickie Wilkinson, was nearby after also completing the parkrun, and quickly realised he was in cardiac arrest, so she started CPR while another witness went for the public access defibrillator at Sandall Park.

“Within five minutes they had managed to restart my heart which is just incredible, everything just fitted into place, from Nickie, the passing off-duty intensive care nurse who started CPR, and the defibrillator which was not far away to the ambulance crew who were close by, and I am so grateful,” said Stewart.

Nickie, who now works as a research education leader for Doncaster and Bassetlaw Hospitals NHS Trust, said: “I wasn’t going to go to the parkrun, a friend persuaded me at the last minute but I’m so glad I did. I saw Stewart on the floor and unresponsive and went into autopilot. I knew how vital it was to start CPR straight away and I was thankful that there was a defibrillator nearby.”

Yorkshire Ambulance Service clinicians arrived to provide advanced care and transported Stewart to Doncaster Royal Infirmary. He was later transferred to the Royal Hallamshire Hospital in Sheffield where he had surgery to fit two stents and an implantable cardioverter defibrillator, which sends electrical pulses to regulate abnormal heart rhythms.

Nickie added: “I work at Doncaster Royal Infirmary so popped in to see him on the coronary care unit the next day and it was amazing to see him looking so well. I’m just so grateful I was able to make a difference.”

Stewart, who works at The McAuley Catholic High School in Doncaster, said: “There were no warning signs. I felt well before, I’ve always been fairly fit and have run 40-50kms every week for the last five years so I can’t believe what has happened. But I have changed my diet, I have lost a stone, I never drank a lot of alcohol but now I drink less, and I feel healthier than I have ever felt.

“I started running again about two months after my cardiac arrest in January 2022, I’m slower than I was but I still get out two or three times a week and I feel fantastic.”

The father-of-one, who is keen to promote the importance of CPR and community public access defibrillators, added: “I have had CPR training as part of basic first aid courses through work but I have never seen it done on anyone for real. Together CPR and the defibrillator undoubtedly saved my life; it’s incredible. I would like to think I would be able to give someone the same chance if the situation ever arose.”