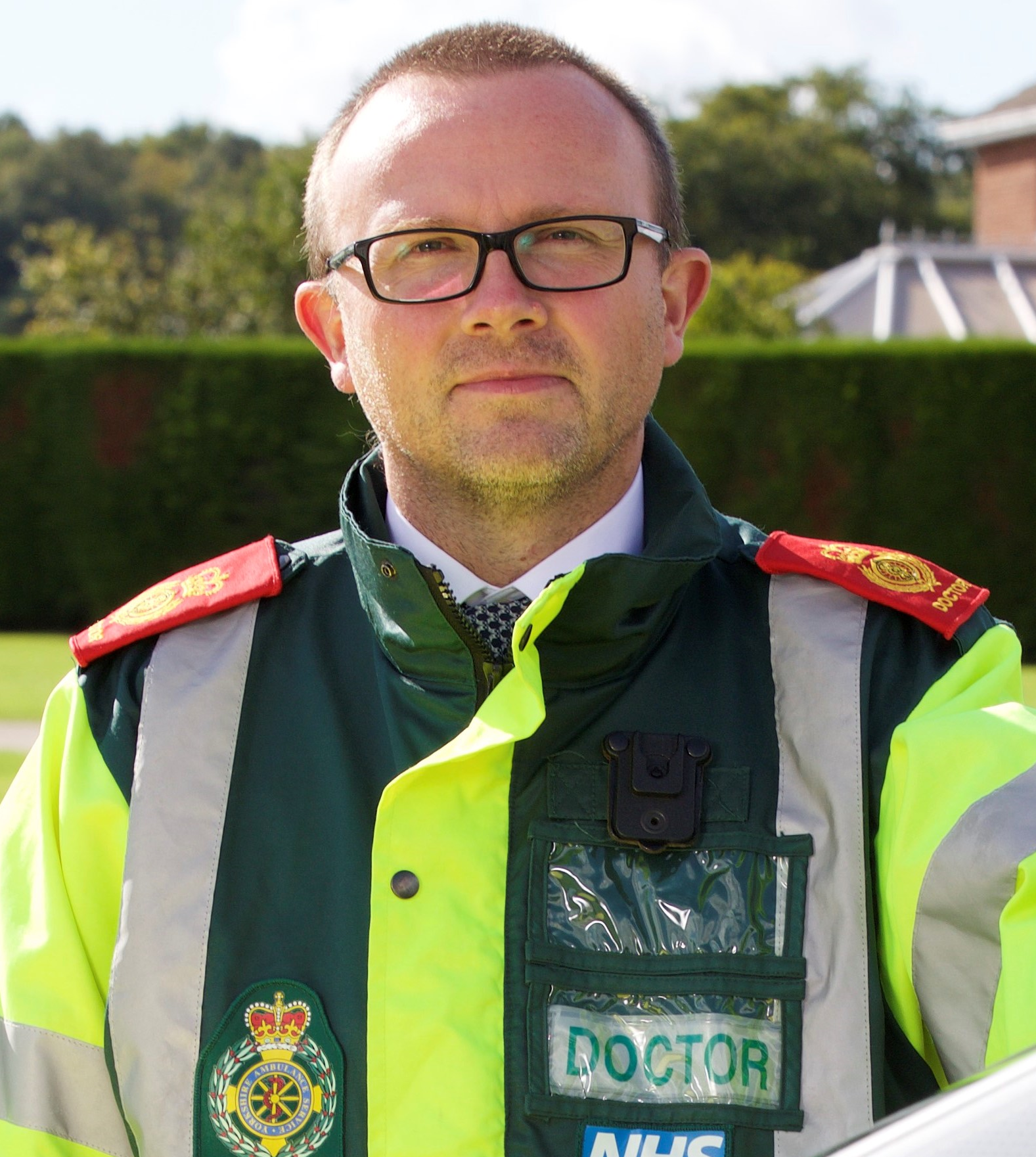 Julian qualified in Medicine from Leeds University in 1994 (BSc Hons, MB ChB) and has been a senior leader at the region’s ambulance service for 14 years. He has been the Trust’s Executive Medical Director since October 2013.

During the last two years he has been at the forefront of the UK ambulance sector’s response to the COVID-19 pandemic, leading national work, as well as the clinical response in Yorkshire.  He has supported colleagues through the challenging clinical environment of COVID-19, rising to the challenge of being at the helm of the national ambulance response as Chair of the National Ambulance Service Medical Directors (NASMeD) group, a sub-group of the Association of Ambulance Chief Executives (AACE).

Julian has been Chair of NASMeD since March 2015 and was unanimously re-elected for a further three-year term in 2018.  His numerous achievements include developing national clinical best practice including airway management, care of children, standardising equipment for paediatric and maternity care, leading the establishment of learning from deaths processes and complex coroners’ inquests.

He is passionate about ensuring patient safety and reducing harm. In his quest for safe, evidence-based, high-quality patient care, Julian engages and liaises with many organisations and partners at local and national levels, including the Healthcare Safety Investigation Branch (HSIB), NHS England/Improvement and the Department of Health and Social Care. Julian also sits on the UK Council of Caldicott Guardians and co-chairs the National Advisory Board for The Circuit (British Heart Foundation).

Rod Barnes, Chief Executive of Yorkshire Ambulance Service NHS Trust, said: “This is a huge honour which recognises Julian’s tremendous contribution to the ambulance sector’s response to the pandemic. It also makes Julian one of a very small number of ambulance service staff who have been recognised for exceptional dedication to duty, outstanding ability, merit and conduct in their roles.

“Julian is a consummate professional and his dedication to improving patient care has been outstanding. He is held in the highest esteem by his colleagues both within and outside the ambulance sector. His work with AACE and NASMeD, as well as other national groups, has undoubtedly improved the standards of care delivered to patients by the ambulance sector nationally and has been pivotal in helping ambulance services navigate the enormous clinical challenges of the pandemic.

“On behalf of Yorkshire Ambulance Service and all ambulance services across the UK, I would like to thank Julian for all he has done for the benefit of patients over many years. He thoroughly deserves this honour and should be rightly proud of this fantastic achievement.”

Dr Julian Mark said: “I am proud to play my part in the development of the ambulance sector response to the public in their time of greatest need. The past two years have been particularly challenging and I would like to pay tribute to all ambulance service staff for their continued dedication to patient care in these difficult times. I am humbled for being recognised for my contribution, which would have been impossible without the unwavering support from my colleagues at YAS, NASMeD, AACE and NHS England.”

Julian also holds the Diploma in Immediate Medical Care (DIMC) from the Faculty of Pre-Hospital Care of the Royal College of Surgeons of Edinburgh (2010) and a Post Graduate Certificate in Medical Law from Northumbria University (2012). In 2017 he was awarded Founding Senior Fellowship of the Faculty of Medical Leadership and Management (SFFMLM).  His base clinical speciality was in Anaesthesia and held the post of honorary Senior Staff Anaesthetist at Harrogate and District Hospital NHS Foundation Trust until April 2014, subsequently continuing to practise clinically in immediate medical care as a member of his local British Association for Immediate Care (BASICS) scheme.  He is a former member of the Clinical Advisory Board for the Faculty of Pre-Hospital Care (RCSEd), the Clinical Advisory Forum for NHS Improvement, the Department of Health Clinical Advisory Group for Major Trauma in England, and contributed to the development of the national Hazardous Area Response Team capability and NHS England’s Ambulance Response Programme. He is currently a member of the Out of Hospital Cardiac Arrest steering group and the Adult Critical Care Transport oversight group.

Julian will be presented with his medal at Buckingham Palace in due course.