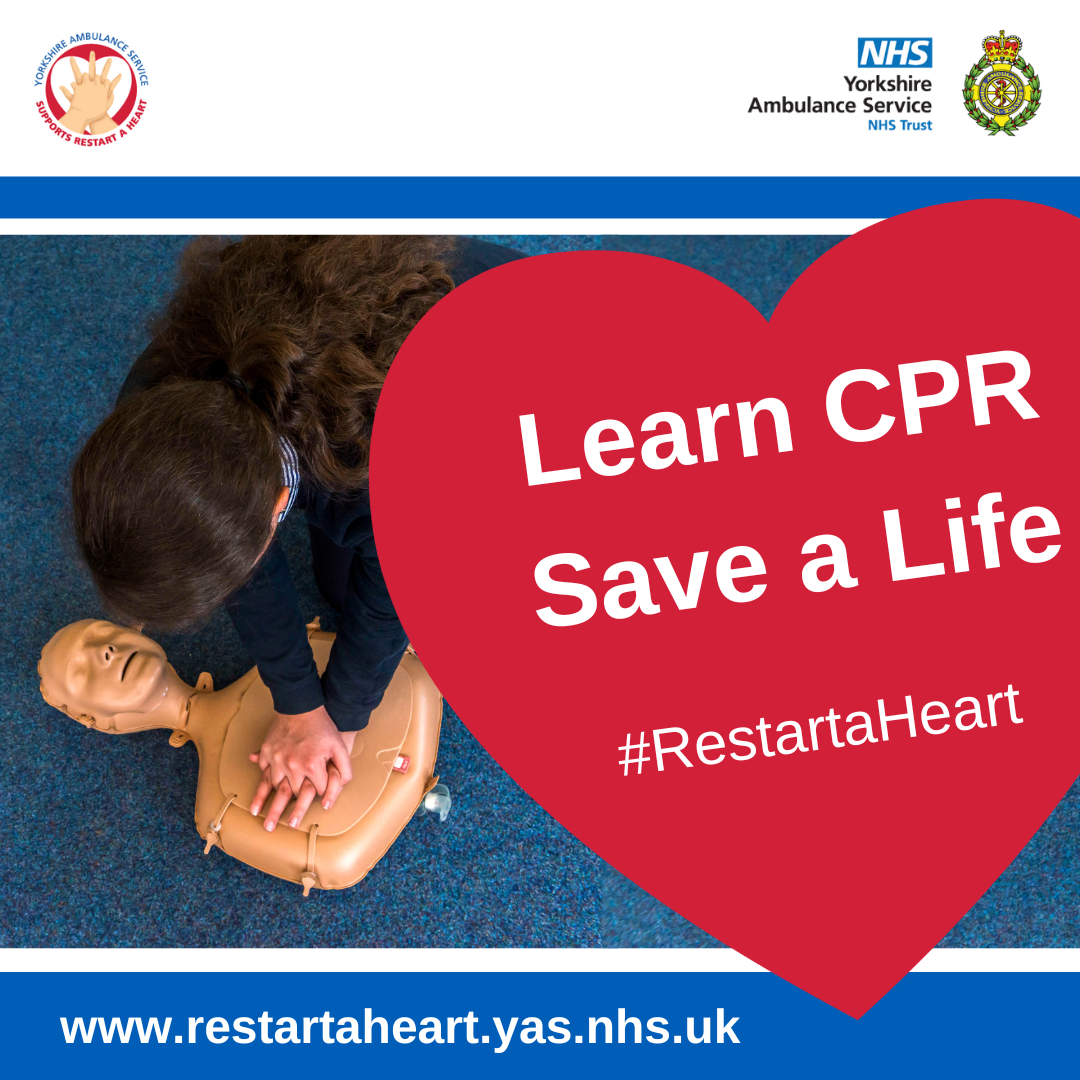 Donna Bates with her team of life-savers

On Friday 14 October, ambulance staff and volunteers will visit 136 secondary schools to teach the life-saving skill to tens of thousands of students.

The top football league clubs in Yorkshire are also urging members of the public to get hands-on as ambulance staff and volunteers visit stadiums throughout October to teach CPR to football fans.

This year’s activity means that Yorkshire Ambulance Service staff and volunteers will smash the milestone of more than 200,000 people being taught CPR since the Restart a Heart campaign was launched in 2014. During this time bystander CPR rates in Yorkshire have increased from 39.9% (2014) to 74.9%* (2021).

The event is supported by cardiac arrest survivors and their life-savers:

Jason Carlyon, Community Engagement Officer with Yorkshire Ambulance Service, said: “Our message is simple - please be confident to intervene when someone has a cardiac arrest. Everyone in every community has a role to play in the chain of survival, whether it’s by calling 999, doing chest compressions, locating a defibrillator, retrieving it or by telling others what to do.

“We come across many patients who are alive today because someone started CPR when they collapsed - everyone deserves that chance.”

Ambulance staff and volunteers will be on hand to teach CPR at football grounds throughout October, players and mascots will be wearing Restart a Heart campaign t-shirts, CPR videos will be played on the big screens and there will be information in match-day programmes. The activity will take place as follows:

* The 2021 data is provisional and will be confirmed when the Annual Epidemiology Report for Out-of-Hospital Cardiac Arrest Outcomes is published by the University of Warwick late October 2022. These figures relate to bystander CPR rates for non-witnessed and bystander-witnessed cases. The national figures for bystander CPR are 55.2% (2014) to 73.5%* (2021).