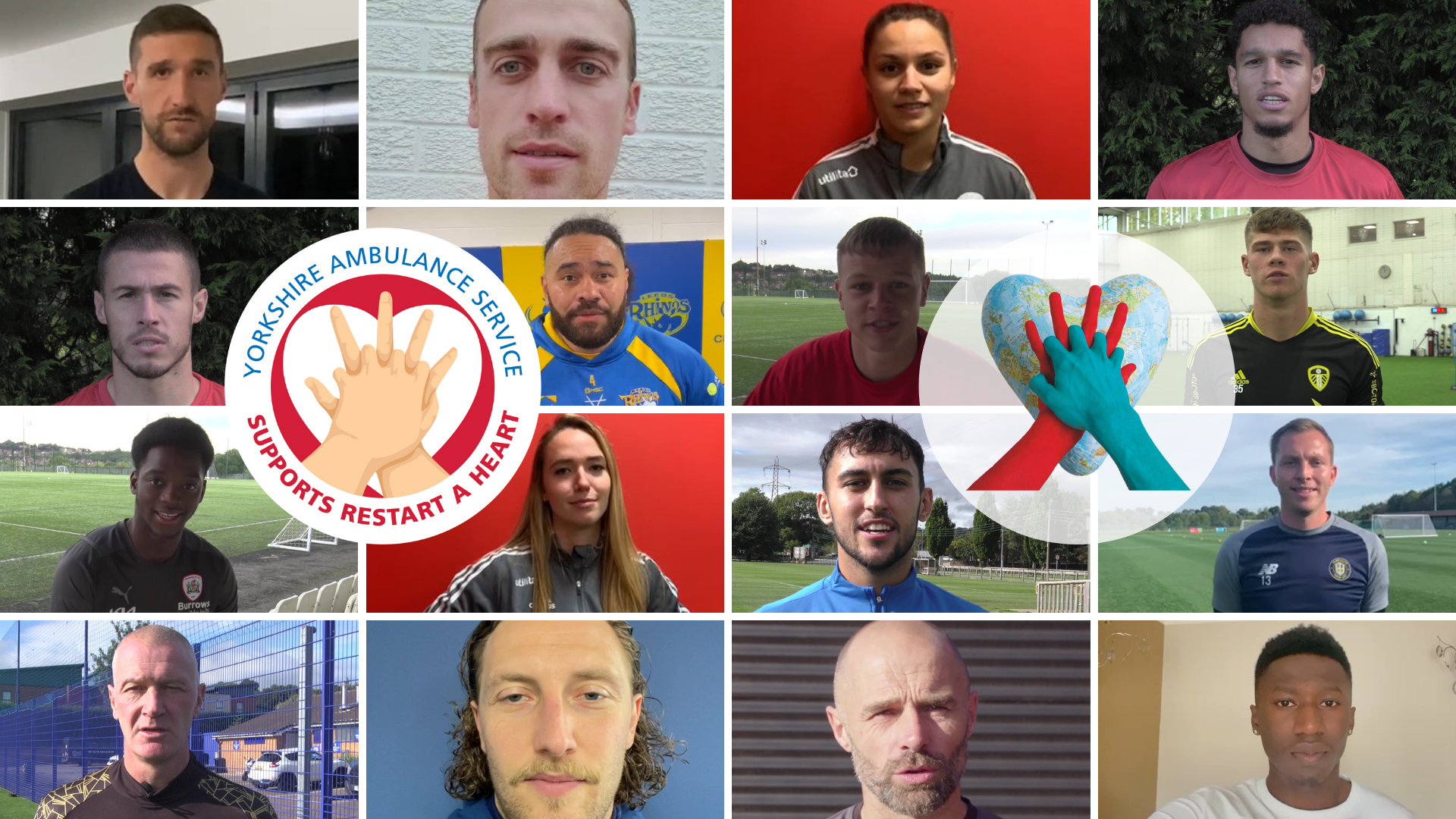 Professional footballers and rugby league players from across Yorkshire have teamed up to teach thousands of fans how to perform cardiopulmonary resuscitation (CPR) to mark Restart a Heart Day.

Yorkshire Ambulance Service has recruited the support of the county’s top 10 football league clubs to help promote the importance of the technique that played a vital role in saving Christian Eriksen when he had a cardiac arrest on the pitch at the Euro 2020 tournament.

Paramedics and volunteers will also be on hand to provide CPR training to fans before league matches throughout October (details provided below) in the hope that 29-year-old Erikson’s resuscitation has been the wake-up call that many need to learn the skill.

Jason Carlyon, Community Engagement Manager with Yorkshire Ambulance Service, said: “We’re thrilled that all the big football league clubs across Yorkshire are supporting our campaign this year which will enable us to reach hundreds of thousands of people with our messages about the importance of CPR, create more life-savers to ultimately improve cardiac arrest survival rates.

“So many of us saw how the quick reaction of witnesses undoubtedly saved Christian Erikson’s life, as was the case with fellow footballing professionals Fabrice Muamba, Glen Hoddle and David Ginola.

“But not everyone is as fortunate. In the UK, less than 10% of people who suffer a cardiac arrest outside hospital survive, partly because they don’t receive early CPR and defibrillation but together we can change that statistic.

“Anyone can learn CPR and anyone can use it to save a life. If someone collapses and isn’t breathing, call 999 and start chest compressions straight away to ensure that blood keeps pumping around patient’s body. Without that early intervention, it becomes more difficult for our paramedics to achieve a good outcome.”

The sporting partnership comes as Yorkshire Ambulance Service prepares to visit 98 secondary schools to teach around 30,000 students how to perform CPR on Friday 15 October 2021 to mark Restart a Heart Day.

In recognition of the value of teaching CPR to young people, Yorkshire Ambulance Service is presenting a bravery award to 13-year-old Henry Collett, who used CPR to save his dad Jules earlier this year. The presentation will take place on Friday 15 October at the Yorkshire Air Ambulance base when Jules and Henry will be reunited with some of the ambulance staff involved his life-saving attempt.

Henry, of Hipperholme, near Halifax, added: “CPR is so important to me because without it, my dad wouldn’t be here now. Everyone should learn CPR, you never know when you might need to use it.”

The Restart a Heart campaign is also being supported by:

Ambulance staff and volunteers will be on hand to teach CPR at football grounds throughout October, players and mascots will be wearing Restart a Heart campaign t-shirts, CPR videos will be played on the big screens and there will be information in match-day programmes. The activity will take place as follows: