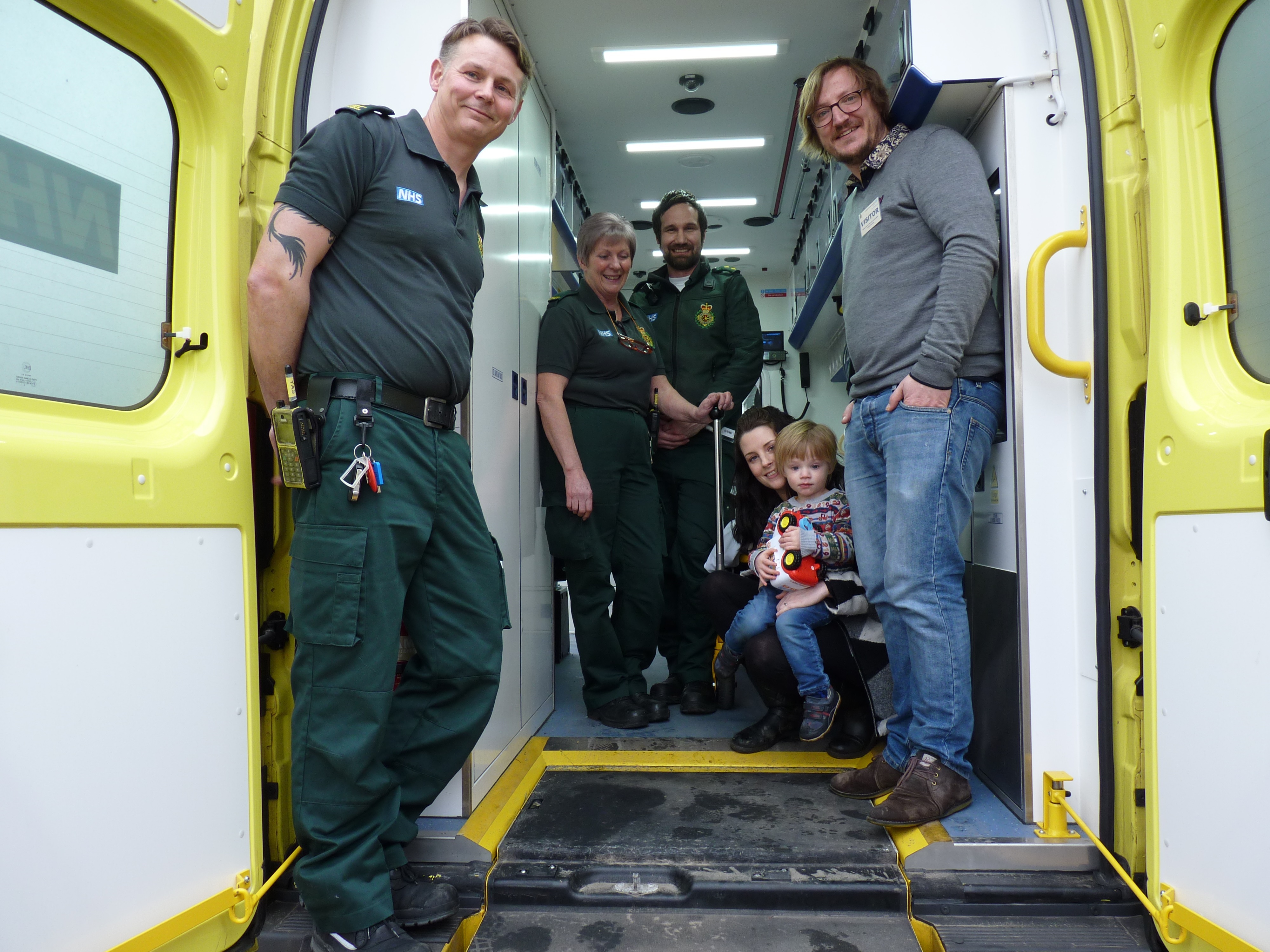 The mum of a toddler who suffered a cardiac arrest after choking has joined forces with Yorkshire Ambulance Service NHS Trust to support Family Safety Week.

In January, two-year-old Ralph Bavill, from Leeds, choked on a grape and stopped breathing, but his life was saved by an ambulance crew who were sent to the scene and resuscitated him.

Until it happened, Ralph’s mum, Katy, and dad, Ian, were unaware of the dangers of uncut grapes. Since then, they have spoken to as many friends and family as possible about the importance of slicing grapes lengthways before they are given to children.

Katy said: “You just don’t think about these things unless you have to and Ralph had been eating grapes for a while. The possibility of him choking on one just wasn’t on my radar.

“I don’t want anyone to suffer like we did that night, so I think every parent and carer should be aware of choking hazards at snack or meal time.

“It doesn’t matter how old your child is, how aware you are or they are, or how closely you think you’re watching them, it can still happen in a split second. Luckily, I was sitting next to Ralph when he choked, so was able to respond immediately.

“Now that Ralph is completely better and life is moving along, we’re using our experience to extol the virtues of first aid knowledge. It was a lesson harshly learned and I feel strongly about helping other people to be prepared for any emergency.”

Family Safety Week, which is led by safety charity RoSPA and runs from 23 to 27 April, is offering advice on how to reduce the risk of choking and other accidents including falls, poisoning and drowning. Statistics show that more than 75% of children aged under five who die in an accident do so at home.

Helen Halls, RoSPA’s campaign project manager, said: “Many people feel comfortable and let their guards down in their own homes, which is why that’s where the majority of really serious accidents happen - ending up in a trip to the hospital or worse.

“Young children are particularly vulnerable as they are starting to explore the world, but don’t yet have an appreciation of its risks and dangers. Yet there are lots of small things we can do to protect ourselves and our loved ones, which is what we want to promote this Family Safety Week.”

John McSorley, Divisional Commander (West Yorkshire) at Yorkshire Ambulance Service, added: “As well as responding to medical emergencies, another important part of our work is educating people in how to deal with those emergencies, so we’re delighted to support Family Safety Week.

“Acting quickly and providing effective first aid treatment could, in some cases, really make the difference between life and death.”

More information about Family Safety Week and advice on how to reduce the risk of accidents is available at www.rospa.com/fsw